Congratulations to our Under 18 Boys on wining gold, for the second year in a row, at the recent National Championships. (HBF Stadium, Perth, April 11-16)

The UWA City Beach Bears and UNSW Wests Magpies were deadlocked at five all at the end of the first quarter of the grand final but the Bears prevailed, winning 16-10.  A fantastic finale for Connor Smith, Jed Thompson and MVP of the tournament Tim Putt who have played their last game of junior water polo for the Club.

Our Under 18 boys were well supported. Thanks to all the parents, in particular coach Brent Thompson, together with his helpers Florian Naroska, Steven Kyriakou and Damian Kelly.  Also to Andrew Konowalous for the fabulous photos.

Special mention to all the Club members, past and present, who came down to support our boys, especially during their semi-final against Melville Sharks and then the grand-final.

If there was a congeniality award it would have to go to our Under 18 Girls, who made the championship group and finished eighth of fifteen teams. They offered wonderful support to all the visiting and home teams.  Congratulations to the Melville Marlins who won the girls grand final, giving Western Australia the double win. 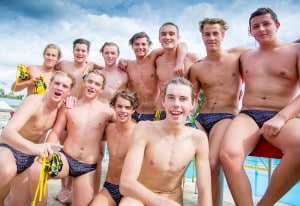 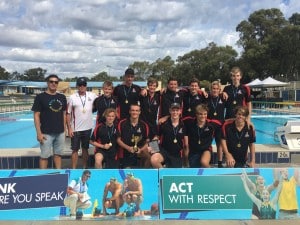